The vast majority of PCS’s work centers around its role as a local chapter for the Alternatives to Violence Project (“AVP”), a program with national and international reach.  While we have expertise in other areas, including trauma, restorative practices restorative justice, mediation, mindfulness, and numerous styles of conflict transformation, we have found our most powerful tool to be AVP and most of our energy and resources go to bringing this powerful program to veterans, the incarcerated, schools, and youth.

About the Alternatives to Violence Project

While the name of the organization reflects our roots as a prison program to reduce violence – with over 45 years of experience in over 60 countries, in schools, prisons, refugee camps, addiction centers, conflict zones; working with gang members, veterans, the incarcerated, school students, indigenous peoples, child soldiers and more – the program has evolved and deepened to be about far more than violence reduction.

AVP is a powerful vehicle for a broad spectrum of social-emotional goals with powerful impacts in organizations and institutions. AVP instills self-esteem, empathy, compassion, trauma recovery, listening skills, conflict transformation and communication skills. It has been shown to reduce recidivism by almost 50%, substantially reduce trait anger, and works to make participants less judgmental or prone to negative assumptions.

AVP is experiential. AVP teaches through a carefully structured and ordered set of immersive experiential exercises, games, role playing, and small and large group discussions. It does not involve lectures, written texts, or homework. Learning comes from the group rather than “experts”. This is empowering as participants learn they already have a certain level of wisdom and skills and need only organize and consciously use them to reap real changes.

AVP is a process. AVP is a facilitated process designed to engage and draw on the wisdom and experience of the group. This means that the material covered, coming from the group and directed by the facilitators, stays relevant and real to the participants. Thus, for example we may have facilitators working in cultures they are not from, whether gang culture, police culture, prison culture, etc. and the process still works because the group is doing the lion’s share of the teaching, not the facilitators. That said, we still seek to put together facilitation teams (we always work in teams) with members from the group culture whenever possible. Thus, for example, we have some 800 to 900 incarcerated facilitators in over 100 prisons in the U.S. In schools we seek to have student facilitators. They keep the outside team members relevant and help them avoid missteps. 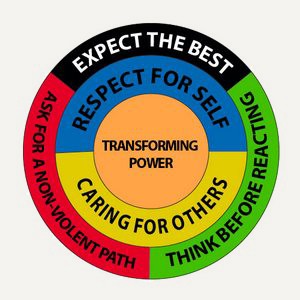 AVP is flexible – As a process, more than a curriculum, AVP is highly adaptable to cover a wide range of issues. Our advanced workshops tend to focus on a specific topic. Often topics are selected by the participants in a consensus process, so they are working on using AVP on what is important to them. We regularly see Advanced workshops addressing– race, anger, relationships, trauma, shame, masculinity, and more. This flexibility allows the tools and processes of AVP to be brought into play as issues arise in the organization or for the participants.

AVP is a carefully crafted process. AVP has refined an intensive 3-day process that gradually builds connection, community and trust and then builds upon that for deep sharing and conflict transformation. Participants often see exercises they are familiar with and assume they are serving familiar goals – such as social ice breakers. However, by carefully structuring the order of exercises and tailoring them to the group, AVP accomplishes unusually deep and powerful experiences from seemingly familiar pieces.

AVP is a Johnny Appleseed program. That is to say it is not proprietary and organizations are free to, after training, run their own programs without oversight by a rigid hierarchy.

AVP works on the individual. AVP is not something we “do” to others. It develops a way of being that changes how we address conflict and how we bring ourselves to the problems and conflicts in our lives.

AVP helps address impacts of past trauma and abuse. As the scientific understanding of trauma improves, we are learning that AVP has been addressing many of the impacts of Adverse Childhood Experiences, Trauma and PTSD. This is largely why and how it works. We are continually refining it to take on such issues more directly also. Where trauma tends to push people to isolation, lack of trust, shame, and low self-esteem – AVP works by building self-esteem, connection, empathy, trust and community as part of its efficacy. It is an ideal tool for organizations that are looking to take on Trauma Informed Care practices.

A Few things AVP is not – AVP is not about verbal techniques, gimmicks, or tricks to get others to do what we want.

AVP is not academic or ivory tower. It does not stem from the writings or ideas of one person. With roots going back to the civil rights movement and the Student Nonviolent Coordinating Committee going back over 45 years, the program has been modified and changed with input from facilitators and participants who have ranged from inmates convicted of murder and other violent crimes, victims of violence, policemen, veterans, gang members, and child soldiers, to victims and perpetrators of genocide. In places ranging from U.S. prisons to Rwanda, from Colombia to Indonesia, from refugee camps in Kenya to Australia, from Nepal to El Salvador, AVP has worked in some of the most violent environments with the supposedly most violent populations. Tested in such a range of situations AVP has been refined to a program that works in a shared humanity and human nature. It is real world and reality based. Most importantly, it works!

In conclusion, AVP is a powerful program that has proved itself around the world in all sorts of conceivable contexts and institutions.

“A must for every veteran.”
– Incarcerated Veteran, Pierce Co. Jail 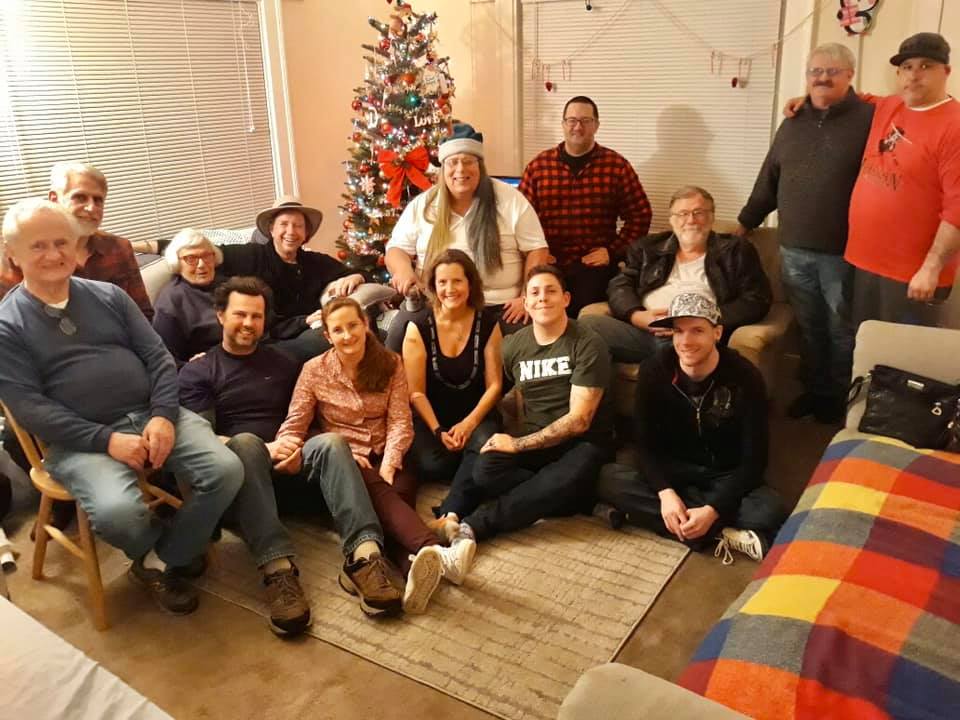